All Collections
Ads
How can I use a PixelMe link in a Twitter ad?

How can I use a PixelMe link in a Twitter ad?

Written by Tom benattar
Updated over a week ago

There are a few different options for creating Twitter ads. You can either create Promoted-only tweets, which won't show up in your timeline but will be promoted, or you can promote a Tweet you already wrote. You also have the option to create a 'Card', which will show up underneath your tweet as a clickable image, or you can just Tweet normally.

For the regular option: 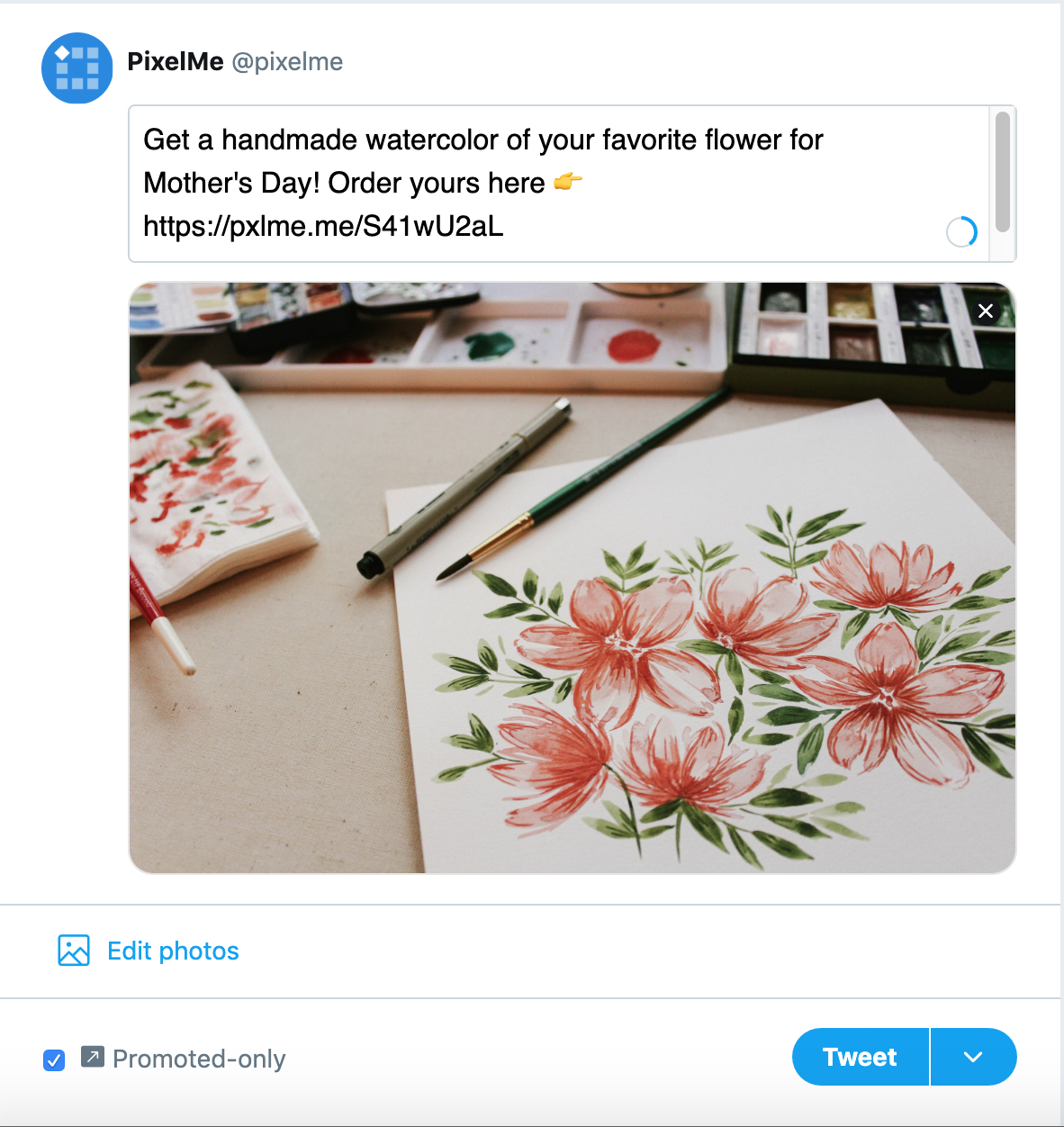 For the Cards option:

Go to 'Creatives → Cards', and press the 'Create cards' option in the top right corner. Select the Website card option.

Set up your card with an image and message you'd like to have promoted. The message will be shown underneath the card, and the link should be your PixelMe URL! 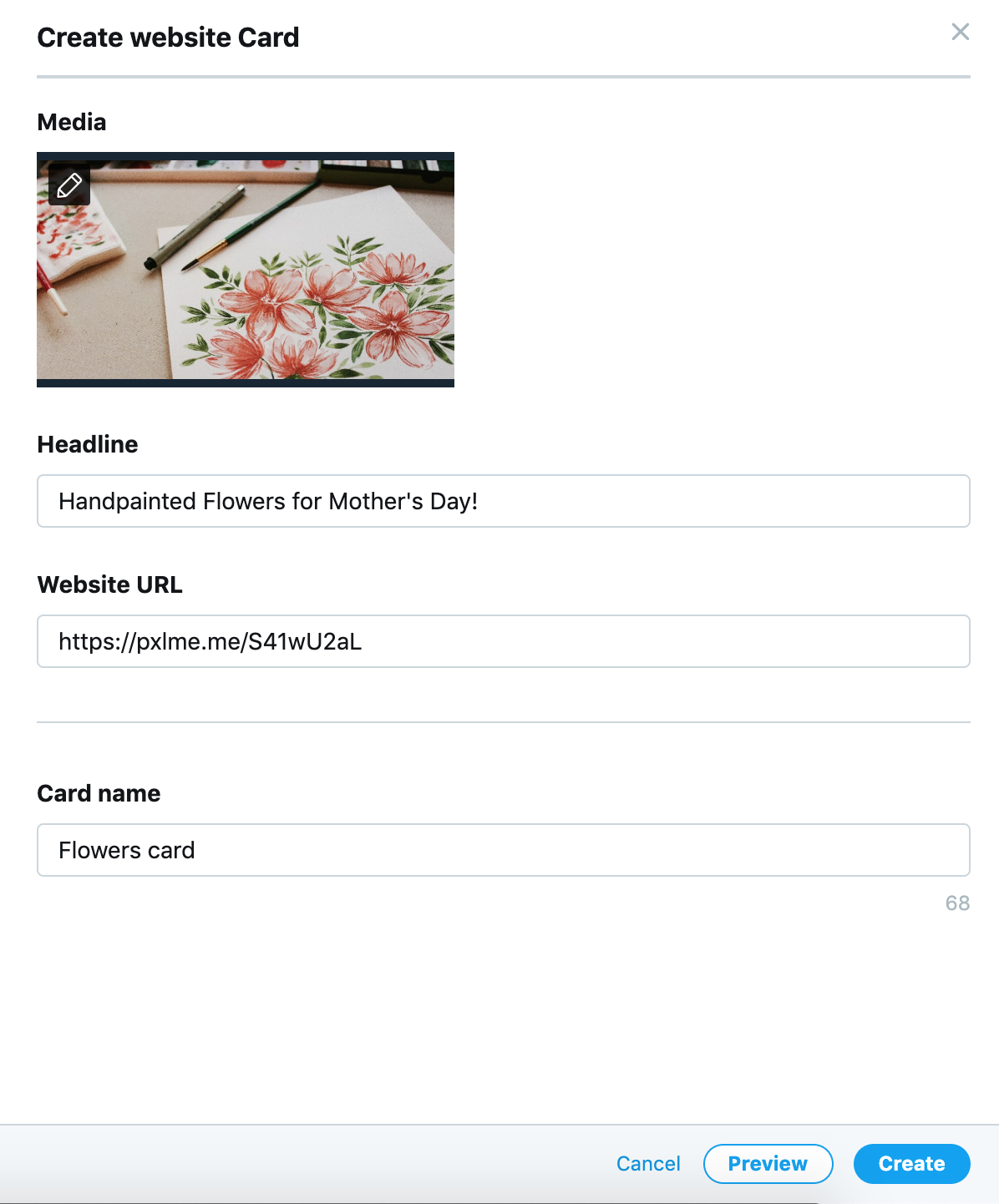 Save the card, and go to 'Creatives → Tweets' and press 'New Tweet' in the top right corner. Now, you can create a Tweet that you'd like to have as your ad, and you should be able to select the card you just made under the 'Select Card' option. 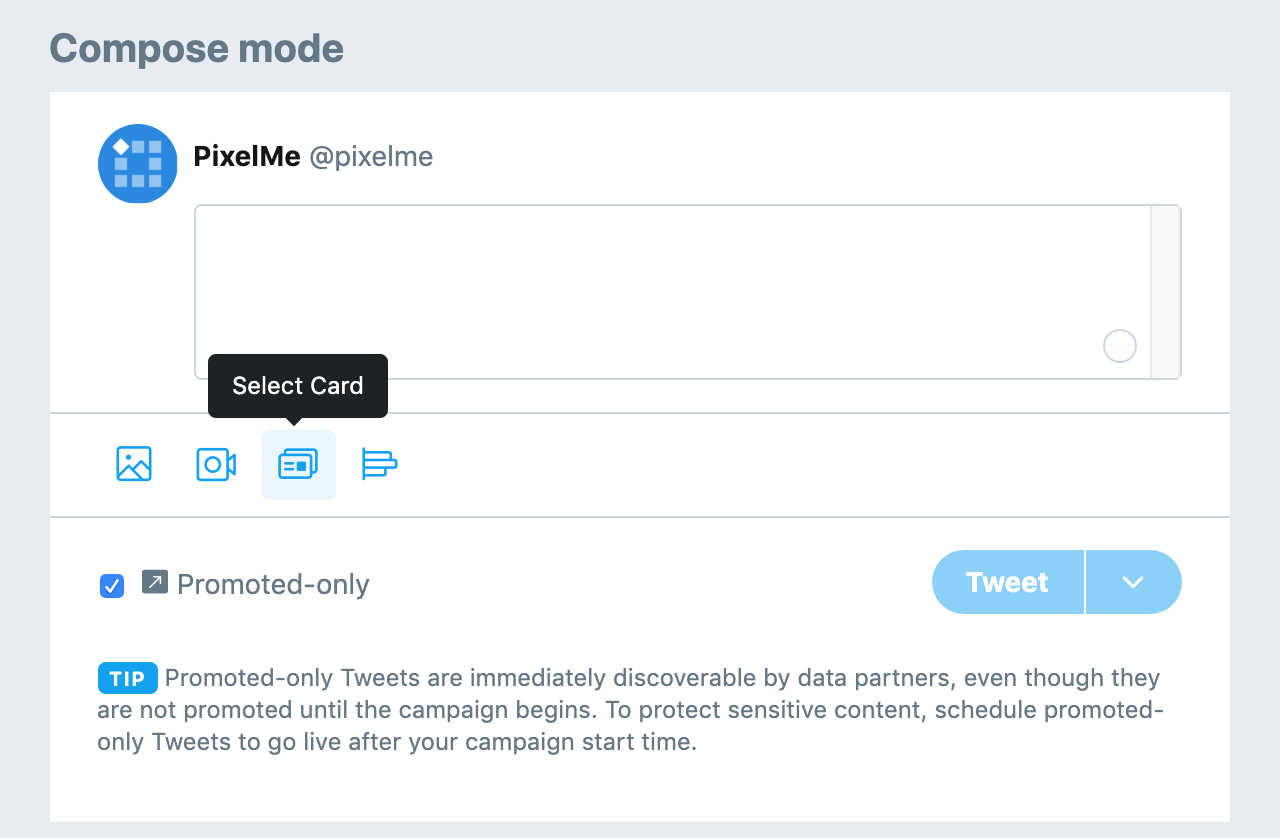 Note: if you'd like, you can also add the PixelMe URL in the Tweet itself, just in case you're worried the audience won't know to click the card. It's up to you!

Now it's time to set up your ad. Go to your campaigns tab, and set up a new campaign by clicking the 'create campaign' button in the top right corner.

Set up your campaign how you'd like to have it, it's going to be different per ad. When you get to choosing the 'Creatives' portion, you should have the option to select the Tweet you just created (depending on if you scheduled it or Tweeted it, it will either be under "Promoted-only" or "Scheduled Tweets"). Select your Tweet, launch the ad, and you're done! 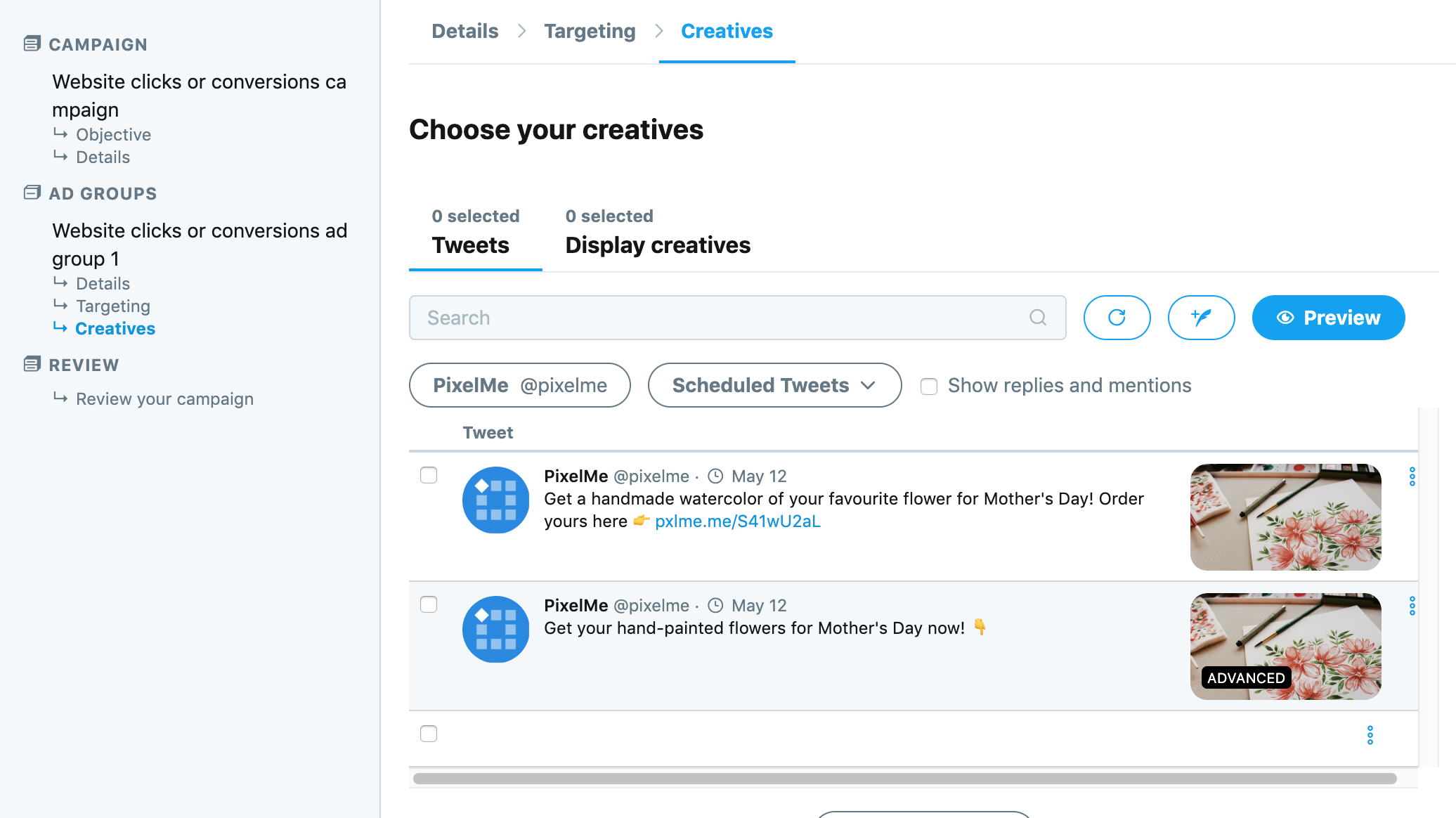 (Here you can see my two options - one using the Card, and one without)

That's all! Now you've got your retargeting-enabled ad ready to go.

Not a PixelMe user yet? 👉Try PixelMe for free, the URL shortener for savvy marketers! Turn every link you share into perfectly targeted ads. 🚀

Did this answer your question?